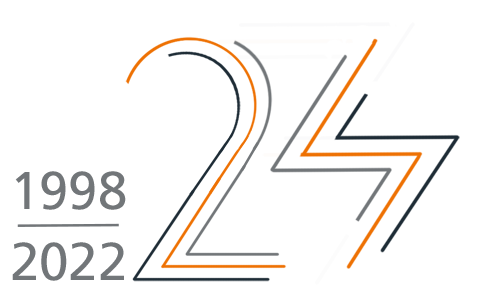 The digital agency Neofonie and the hosting specialist mpex today announced a DevOps partnership with the aim of enhancing agility and saving resources in developing and operating digital projects.

Berlin, 17.06.2015, The digital agency Neofonie and the hosting specialist mpex today announced a DevOps partnership with the aim of enhancing agility and saving resources in developing and operating digital projects

Web projects are becoming increasingly complex, and the half-life of the technologies used for these projects is becoming increasingly shorter. At the same time, customers both need and demand new features so that they can offer their users more and improved services. As a consequence, problems frequently surface when rolling out and operating web projects. Developers and hosters are therefore being forced to collaborate to an ever greater degree.

With this partnership, the well-known Berlin-based IT service providers Neofonie and mpex seek to expand their leading position and offer customers greater flexibility and agility. DevOps services and related technologies such as Docker will be expanded. DevOps is an agile work approach applicable to the entire software development process, especially as it relates to interface development, operations and hosting. Docker has infused agility into the cumbersome software development process and has made application scalability more flexible.

“We have incorporated DevOps and Docker into several customer projects. It was revealed that the knowledgeable expertise and flexibility of the hoster is key to offering customers reliable and consistent high quality. mpex is the right partner for us", states Thomas Kitlitschko, General Manager of Neofonie, in offering the reason behind the collaboration. Our customers profit from the saved resources and enhanced agility" notes Kitlitschko.

The partnership will also influence the services offered by both companies. “As a result of this technological partnership, mpex is now able to offer its business customers comprehensive development services originating from Neofonie At the same time, Neofonie is expanding its hosting services," states the Commercial Manager of mpex, Gregor Rex-Lawatscheck.

Neofonie is a leading full-service provider of IT, web and mobile solutions and offers support in design and development up to full-scale operation. 180 employees of Neofonie and its subsidiary Neofonie Mobile that operates in Berlin and Hamburg are developing next-generation solutions for customers such as eBay, kalaydo.de, Wort & Bild Verlag, whitewall.de, Yapital/Otto, Audi, Deutsche Post and Olympus. Neofonie was founded in 1998 to develop the first German search machine, "Fireball".

mpex GmbH was founded in 2000 in Berlin with the goal of managing complex server environments with finesse and expertise. The company has come to focus on business customers and their hosting demands in challenging IT projects. It possesses expertise in server virtualization and cloud computing as well as cluster projects with load balancing, disaster recovery and backup solutions.

The business hoster, mpex, and the DDoS security experts at Link11 have agreed upon a strategic partnership. As a reseller, mpex now includes DNS and BGP versions of DDoS protection by Link11 in its portfolio and can offer it to its hosting companies in Northeast Germany. In addition, the business hoster will develop its own DDoS protection platform with the support of Link11.

During the Cloud Ecosystem Winter Summit , Gregor Rex-Lawatscheck, CEO at mpex, was awarded the "Trust in Cloud Infrastructure" certificate.

Do you have questions or want to know more?